Happy advent, Believers. It’s been a helluva year. We have a bunch of announcements coming up in 2020, ranging from Mobile DLC to Other Cultist Stuff to New Stuff to Stuff That Isn’t A Game At All. We’ll also be able to reinstate our production roadmap, to give you all a much clearer idea of […] 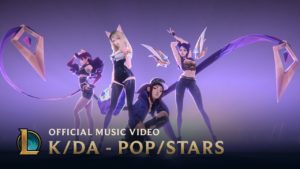 I wrote the article below for Wireframe, a British game dev magazine which ‘lifts the lid on video games’. And, inexplicably, lets me have a monthly column.   In November, Riot Games set the world on fire. The spark was K/DA’s ‘Pop/Stars’, a K-pop song which debuted at League of Legends’ 2018 World Championship. It […]