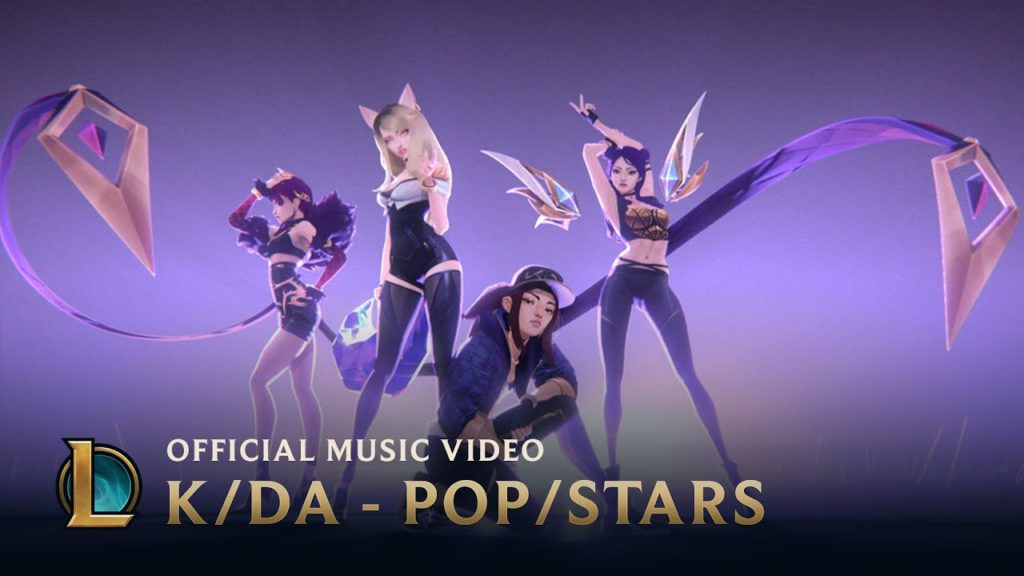 In November, Riot Games set the world on fire. The spark was K/DA’s ‘Pop/Stars’, a K-pop song which debuted at League of Legends’ 2018 World Championship. It came complete with Korean pop idols, augmented reality, a Justin Bieber protegée and a badass music video, which was watched 38 million times in the first week alone. Its coolest moment is an extended neon rap section, which is probably responsible for a 38 million percent increase in graffiti, too.

You might think all this spectacle was announcing a new multi-million dollar IP. Or to reveal something nuts, like Riot working with Valve to finally make Half-Life 3. It, er, wasn’t. Its immediate purpose was selling four new cosmetic League of Legends skins. It was part of larger marketing and visibility for Riot too, of course, but it remains the point where I, an indie dev, throw myself into the sea.

Don’t get me wrong: everything about this is epic. It’s a promotional triumph. It’s the catchiest song I’ve heard in while. It’s a PR stroke of genius, somehow managing to balance four consumable, sexualised women made by an allegedly sexist studio and dancing for a majority male audience with companionable Spice Girls-esque feminism. Who do you like the best? Meanie Spice? Painty Spice? Foxy Spice? Or the one who isn’t very memorable and gets the least screen-time, N/A Spice?

But this sort of spectacle is impossible for indies. The greatest indie success stories – Stardew Valley, Papers, Please, Spelunky, even Minecraft – don’t have gigantic real-world annual events with K-pop supergroups selling in-game stuff. In Roger Zelazny’s Lord of Light – a Buddho-apocalypse sci-fi novel you must read – he accidentally sums up the difference between AAA and indie:

“An army, great in space, may offer opposition in a brief span of time. One man, brief in space, must spread his opposition across a period of many years.”

Riot Games, with its galactic user base, its top Twitch rankings, its live world championships, and above all, its whackloads of cash, can afford to nitroglycerin the internet with one huge event. Indies pootle along for years, picking up followers and building hype each day, generally trying not to die.

However, there’s yin to this yang. AAA’s weakness is that it’s hard to humanise spectacle. It’s shiny and awesome and memorable, but it’s not going to play in soft-focus on Christmas eve when you’re curled up with your loved ones thinking about What Really Matters. Rather, humans have evolved to respond to people. Even God’s portrayed as a benevolent old man because he’s more impactful that way. And this is where indies shine. We can say ‘Hi, I’m Lottie, and here’s my game’ and generate a different sort of interest than big shiny Riot can. If you’re watching the indie space, this is why there’s increasing interest in open development, showing your work, live coding, being all over the Twitters with a personal account… We can’t go head to head with the big dogs. But we can be Frodo, the likeable schmuck sneakin’ round the back while AAA’s Uruk-hai stomp off someplace else.

I love Pop/Stars. I love its size, its pageantry, its chutzpah. But Riot have to computer-generate humanity, selling human skins to human people because they’re too big to connect with anyone directly. I’ll never be able to pull off a Pop/Stars, and my face isn’t half as symmetrical as K/DA’s. But it is, at least, a real one.

1 comment on Put On Your Game Face: It’s AAA Time

on Put On Your Game Face: It’s AAA Time