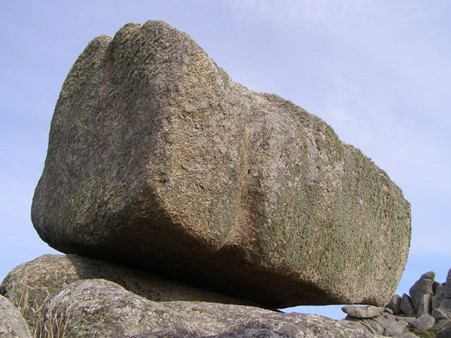 07.11.15
I borrowed the idea for this from Stanisław Lem, who wrote every entertaining and faultlessly straight-faced critical essays about nonexistent books he’d invented. Ramon Llull was real, though I’ve never been sure how to pronounce him.

One commenter responded ‘I don’t know how I got to this article and now that I’m here I’m confused and alone. Help.’

Another: ‘Outraged BRICK actually got a “Yes” — massive performance issues make it almost unplayable; still waiting for the Digital Foundry article. TILE is clearly better on PS4 at 1080p.’

THE GAME OF EYES

Ramon Llull was a 13th-century troubadour, novelist, alchemist, friar, philosopher, and tutor to the king of Aragon. According to Ultimate General Entertainment, who’ve just published the Game of Eyes, he was also a video game designer.

So far so British Museum. How did we get to Game of Eyes, a surrealist RTS-chess-Tarot hybrid? Ultimate General Entertainment are based in Barcelona (Llull kick-started Catalan literature). They claim to have discovered the design for a predictive philosophical chess game in Llull’s unpublished writings, and ‘extended’ the design to work in digital form. They note that some of the finest minds in twentieth-century computing – people like Donald Knuth – regard Llull’s work as the beginning of information science.

Game of Eyes gives us thirty-two maps, three-hundred and sixty-five units, thirteen factions, twenty-four resource types, and seven physical, non-digital Llullian wheels printed on glossy card. You set the cards to starting variables to determine the setup, and you use them later to determine story events. Ultimate General are insistent that the physical design of the wheels is fundamental to the game, and the physicality does add something, although it’s a faff to keep digging them out, and the card isn’t glossy enough to absorb spilt coffee.

The process isn’t straightforward, but it’s pretty intuitive, and there’s a decent tutorial. It’s also unexpectedly good fun. You plug in some general statements about a royal dynasty; the Power Struggle and Early Bereavement events pop-out. Twenty minutes into the game, when you first capture a story node, it makes an eerie sort of sense when you turn the wheel and see the capture resolve your Early Bereavement into a Back from the Dead event.

That eerie sort of sense goes further than I expected. Ultimate General claim that when you use the variables that fit mediaeval Europe, the game will predict the Hundred Years War, the rise of the Ottoman Empire, and the Christian conquest of Granada. It’s a little subjective, but I tried it with contemporary events, and I found

[ Article redacted from this point by National United Kingdom Security Order RL 12/3213/15. ‘The innocent have nothing to fear.’ ]

BRICK is not for everyone. But if you’re looking for a real challenge – a game that makes Dark Souls look like Bejewelled, that makes no excuses and takes no prisoners, that needs a wiki and doesn’t have it – this is where you might want to start.

A copy of BRICK will set you back 159.99 GBP, plus postage. For that sum, you get a handsome buff card package, a brushed steel BRICK box stamped with a unique number, a twenty-page contract, and the BRICK itself.

A BRICK is a handsome but outwardly unremarkable item: a grey-white calcium silicate house brick, the colour of psoriatic skin or an iPhone. It’s heavy in the hand, rough on the skin. It has no screens, ports, no moving parts. You can’t install it, except in a wall. You can’t update it, except by buying a new, identical BRICK.

So how do you play BRICK? Discovering that is part of the game. The contract forbids me from discussing details, as it does every other player. You’ll find clues in the forums, but not straightforward ones. Mostly, you’ll find a furious war between players who get it, and players who don’t.

Not all of those of us who get it are polite. I understand why. It takes a special combination of talent and doggedness to get BRICK. It can get frustrating, listening to people who don’t get it accusing us of fakery. Look, I understand. BRICK isn’t for everyone. If it’s not for you, move on.

If you’re not sure, then you should know that ROCK, the free-to-play variant, will be available in early 2016. If you don’t have the stones to get BRICK, you might be able to get by on ROCK, until you can afford an upgrade. You don’t even need to order a copy of ROCK. Just go outside.

Gaslight changes the hair colour of my avatar about every five hours. I thought I was imagining it, but I took photographs. The last time I tried to take a photograph, the hair changed back. I think Gaslight commandeered my webcam and recognised the shape of my phone. I put a piece of tape over the webcam, and it hasn’t happened again.

I might have imagined some of this. The ambient sound that Gaslight makes has been shown to cause disorientation in mammals. It’s a murmur like waves and fog and the passage of stealthy foot traffic – a plausible background sound for the nineteenth-century streets of the seaside town where Gaslight is set.

Gaslight is ostensibly a non-linear point-and-click adventure, an exploration of the last days of a writer with a brain tumour that causes him to hallucinate colours leaching from the sunset and grey dogs at his window. Or he may not be hallucinating. The dogs leave footprints, at least sometimes. Gaslight will remove the footprints when you turn your POV away. The Royal Astronomer tells you that there is something wrong with the sun, but he only says so in audio. The subtitles suggest something quite different.

I saved very carefully when I started realising what Gaslight was doing. Then Gaslight deleted my third save. Then it deleted my fifth. Then renamed my first. I think that’s what it did. I don’t recognise the names of any of my save files, not now. I dream about the old names.

Gaslight has saved images of grey dogs to my Dropbox account. Or perhaps I was taking notes.

I don’t remember updating my machine to Windows 10. I’m not even sure it is updated to Windows 10. The Gaslight shell is pervasive and aggressive. I know for a fact it disabled my AV software (inasmuch as I know anything for a fact, any more). I think it pretends to be Nethack. The names of the Nethack monsters are sometimes the names of Gaslight characters. I think. I think.

on Three Reviews of Unreviewable Games