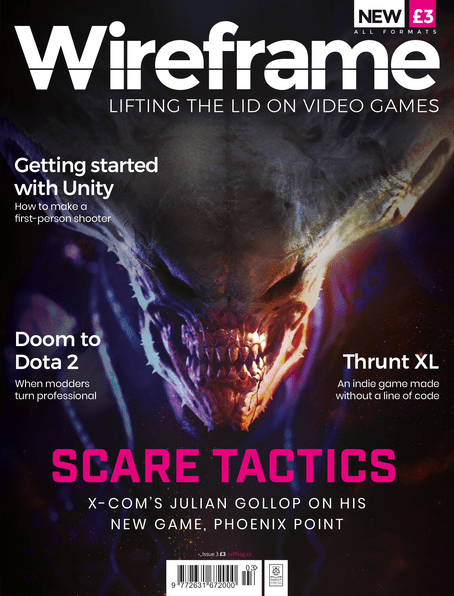 Following the last, wheezy gasps of 2018, I’ve been thinking about endings. Fewer players seem to ‘finish’ titles than ever before. There’s growing expectation that all games should be updated with new content after release. Pete Hines promised Fallout 76 would run forever. There was a notable, collective sigh of relief when Obsidian promised The Outer Worlds wouldn’t actually be that big.

Developers have issues with endings. Designers, I’m learning, are the most doomed of the lot of us, cursed by an unkind god to see only the flaws or the What Could Have Beens in their games, no matter how rapturously the title is actually received. But all devs find it difficult to let go: making games is such a tangled, life-consuming delight that when it’s over we don’t really know what to do with ourselves. I wonder if that’s – partly – why there’s such a fear of committing to release dates, aside from lacking confidence in your production estimates. When your game’s out, it’s finished. Isn’t it? The whole disastrous affair? And then you’re judged? And then, er, you move on and do it all again?

As anyone who’s launched a game before knows, this isn’t how it works. You have this gigantic hopeful bubble which bursts and, well, sometimes you have a buzz for a week because everybody loves it and you’re suddenly seeing a huge spike in sales and a benevolent cloudburst of positive reviews. But even that isn’t the end – it often takes months to actually receive your first payment from distributors, and during that time all the glow of launch week has worn to a duller patina of user reviews, support tickets, bug fixes, and the general sense I imagine new parents feel when they step outside the hospital with this new, helpless human in their hands and just, I guess, go home?

A gentleman I used to work with once gave me a pep talk about post-launch blues, that infamous gloom which descends on developers in the immediate aftermath of release. He said: ‘I’m always going to have an uneasy relationship with marketing, because I spend years working on a game, and then marketing comes in and turns it into something else. They turn it this way and that so it catches the light. And then people respond to it in ways I didn’t intend, and people have opinions, and people form personal experiences from playing it that have nothing to do with me. Something that was mine has gone out into the world, and it isn’t mine anymore.’

This is the closest I think developers get to an ending. A game in development’s a series of creative problem-solving. A game after launch is a consumable, eaten by a thousand mouths (hopefully, hundreds of thousands). But this means the infamous phrase ‘art is never finished, only abandoned’ isn’t true. Developers eventually stop developing, but their game slots into storefronts for untold thousands of people to play. It’s likely that never before has that game had so many people playing it, which is its raison d’être.

This is a wonderful thing. There’s absolutely a sense of loss in game-making, but your personal loss is a player’s gain, and the whole thing balances out in a vast, impersonal ecosystem. At this chilly time of the year, when one calendar makes way for another, take solace in this. Toast yourself, the games that aren’t yours anymore, and the games that you’ll lose in the future. It’s a bittersweet, but marvellous, destiny.

on Game-Making’s Sense of Loss