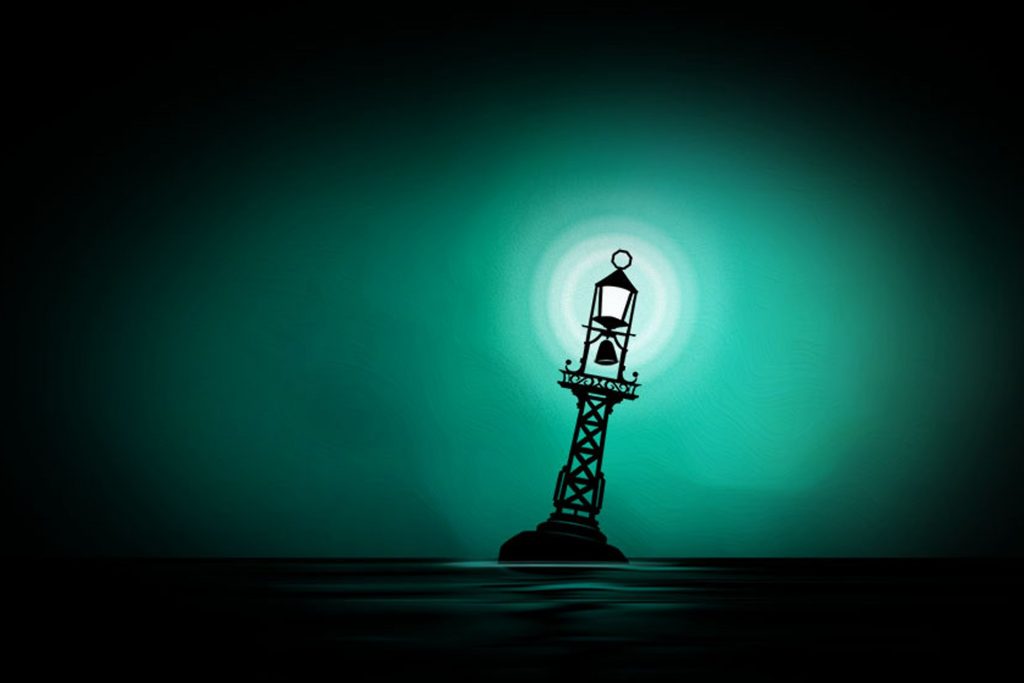 Originally posted 01/01/2015 on the blog at Failbetter Games, the previous studio I co-founded.

It frightens me for numerous reasons. One is just that the sea is bigger than anything else on the planet, and it contains any number of hungry, poisonous or simply revolting creatures. Another is that I saw Jaws at an impressionable age. A third is that, because of the first two, I’m not a particularly strong swimmer.

A fourth reason is that on the 25th of June, 1973, a little before midnight, my father flew his Phantom FGR.2 fighter-jet into the North Sea. He evidently didn’t do this on purpose, but because neither he nor his navigator survived, the details remain unclear. Much of the aircraft was recovered, but their bodies never were.

I was a year and a half old at the time, and I have no memories of him or of the event, but I think it’s safe to say that it had an influence on my development. When I decided to make a game about a black sea which eats captains, where death is telegraphed as the likely end of every voyage – even when I decided that one of the core story-lines was about the recovery and disposition of the protagonist’s lost father’s bones – none of this was at the front of my mind. I caught on pretty quickly, though. I think I slapped my forehead and went ‘GAH’.

Sunless Sea is not a tribute to my father, nor is it an autobiographical game. But the writing is influenced by my experience, and some of the themes are important to me. It’s one of the reasons I’m scared of the sea, and that’s one of the reasons that the Unterzee is such a menacing place. It’s the reason that the core story-line is about a father’s bones, not a generic mentor’s or parent’s bones. It’s why The Tempest and Peter Grimes stay with me, although I’ve never lived by the sea, and why you’ll find fragments of them here and there throughout the game.

A player tweeted me yesterday and asked if a Fallen London dream-card called ‘Night Flight’, about a dirigible crash, was a tribute to flight QZ8501, the AirAsia flight on which 162 people died last week. It wasn’t, because it was written several years ago. I don’t really have any insight into the pain of the people who lost someone on that flight, or on MH370, earlier this year; as I said, I have no memories of my father’s death. But if by an unlikely chance you’re one of those people and you ever read this, you have my sincere and heartfelt sympathy. Pain fades with the years; I hope you find yours survivable.

I’m casting about for a conclusion to an unusually personal post. I think I want to say that death is the only thing that everyone experiences – the only universal. Parenthood isn’t, the love of parents isn’t, even birth isn’t. I think one of the most important things that stories do is prepare us for our death, and for the death of others. I think that goes double for games. I think that death and the sea are hungry, but that doesn’t mean we have to wait for them to come to us. In the meantime, we’re alive. Happy New Year.

on Why the Unterzee eats ships