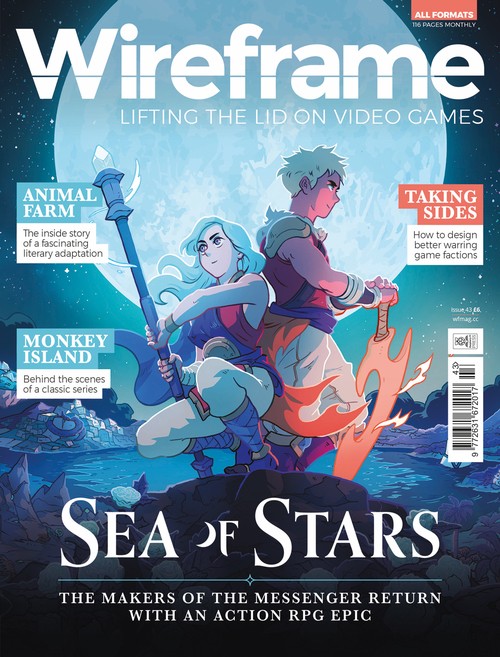 Who Wants To Be A Millionaire?

It’s a good audience match for the FT, but it made me wonder: what would games’ equivalent be? If Wireframe were to start printing Gold Master: the Gilded Game Dev’s Guide To Being Stinking Rich (working title) telling us how to spend our Epic exclusive millions, it would be almost entirely useless. Most of us, most of the time, would glance furiously at it, eject some biting witticism about l’art pour l’art and the cretinous consumer base to which we’re forced to pander, and pointedly smash it in the bin.

But every so often one of us would have just launched the Next Big Thing. Every so often it’d be extremely useful. A small number of us are FT subscribers in waiting, on the cusp of a Cuphead, one try from a Terraria, one punt away from a new PUBG.

When it comes to ‘making it suddenly big’, two games spring to mind: Minecraft and Stardew Valley. Notch is worth about $1.3 billion and has his infamous candy room in the most expensive house ever sold in Beverly Hills. Eric Barone is a comparative pauper with a net worth of $34 million, but you can find his age, height, weight and, er, girlfriend listed on a high-ranking wealth record site. So that’s a consolation for him.

Neither dev seems to know what to do with their money. Notch has spoken publicly about feeling isolated, hasn’t produced a game in nearly a decade, and has now deleted his Twitter account. Barone famously drove around in a broken Toyota Camry and has only this year bought a desk that isn’t an upturned cardboard Wii box. Please join my campaign to fund Wireframe’s new Guide To Being Suddenly and Surprisingly Flush Cos of Games (alternative working title). It’s the movement this industry needs.

There’s something less frivolous about this, though. Making games for a living is one of the few professions where overnight fame and fortune really is possible. It’s worth (however unlikely it may be) having a think about what you’d do if you wake up tomorrow with BTS tweeting about you, Pewdiepie begging for a game key and Gabe Newell asking if he can pay this month’s Valve payment in several installments. Netflix’s hot new reality series, Selling Sunset, is chockablock with techpreneur millionaires sandwiched between impossibly attractive Californian women and, occasionally, their poodles. So it really happens! Netflix says so.

But there’s something similar that will affect you, many times over, during the course of your indie career. Game dev is volatile. Desperate make-or-break launches, draining post-launch blues, constant Twitter drama, the ever-changing and unpredictable marketplace – and, of course, that addictive idea that maybe, this time, this is your great indie hit. Making games for a living is almost certainly going to throw you into situations you never expected. When it does, your best hope is to have a clear idea of who you are and what you stand for so you can weather the storm.

Now that we’ve got that out of the way, feel free to go back to being unsympathetic to rich people. And look out for Wireframe’s new insert, Bank You Kindly: The Introvert’s Guide To Big Spending (third time lucky?) coming soon to San Franciscan hotel lobbies, Tesla dashboards and candy rooms near you.

on Who Wants To Be A Millionaire?