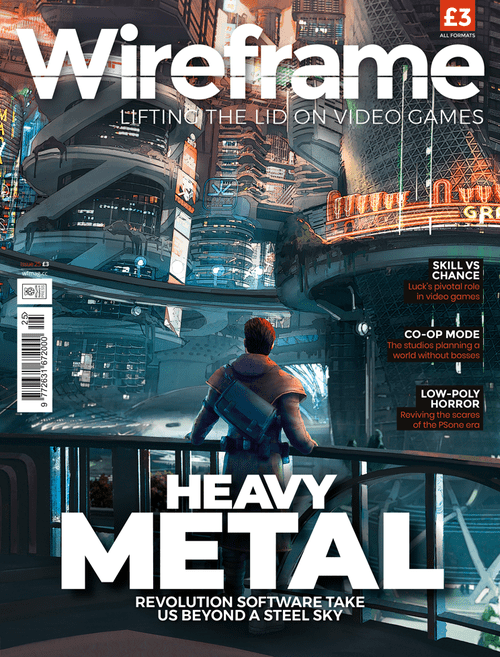 The Disappearance of Everything (or, Don’t Underestimate Bards)

[ I wrote the article below for Wireframe, a British game dev magazine which ‘lifts the lid on video games’. And, inexplicably, lets me have a monthly column. This one’s from Issue #25, in October 2019. ]

There’s a concept in literature of the ‘oral tradition’, where stories spread by word of mouth rather than being written down. The upside is these narratives propagate rapidly and change to suit the context and audience of their telling. The downside is there’s no definitive version, only a revolving tessellation of the same names, events and themes. It’s human and organic, but there’s neither author nor authority.

Nowadays we value both of those things. We often buy games because they’re a Devolver game, or because Hideo Kojima’s involved, or because PC Gamer gave it a number higher than 75. We used to see things like Sid Meier’s Pirates!, and though the naming-trend is now unusual, the rise of influencers over the last decade shows how powerful individual authority still is. But games themselves are less and less tangible: what once came on a collection of hefty floppy disks and played on room-dominating desktop set-ups became trim CDs in laminated boxes, then formless bits of digital pseudostuff you can refund after playing for one hour and fifty-nine minutes. This is mirrored by the increasing intangibility of gaming platforms: hefty PC towers to under-TV consoles to hand-helds tucked in bags to cloud gaming. It’s interesting that while literature has gone from the ephemeral to the concrete – try ‘retelling’ Margaret Atwood’s Testaments and see how long it takes the lawyer’s letter to reach you – games seem to be going to other way.

The oral tradition put a lot of power in the mouth of the narrator, but for games, the narrator is what, our CPU? Wonderful though computer science and game design are, neither have yet cracked a fully responsive game-experience that tailors itself to the unique player before them. Part of this is because games don’t necessarily want a unique, tailor-made experience. Yes, we have hard mode and character customisation and branching narrative, but God of War is framed in a seamless, perfect one-shot experience, while Bioshock relies on telling Jack’s story exactly the way it was written. Games ship infinite digital copies of themselves to give the same curated experience to as many players as they can. People are free to respond to it individually, but the content itself remains the same.

This is why, I think, I’m increasingly a fan of abstract games, or games that leave space for the player to breathe. The Stanley Parable had a lot to say about agency, the modern world, and corporate America, but because it relied on repetitive and increasingly meaningless actions, it didn’t really matter how you actually played. INSIDE seemed another meditation on individualism, agency and surveillance until its infamous denouement, which has no ‘official’ meaning at all. There’s a definite drive towards narrative excellence in our industry, but it’s the stories that have faith in their players’ intelligence – the stories that want you to connect the dots, rather than rendering gorgeous and definitive dots for you – that really lead the pack. They’re storytellers responding to their audience, not recitals of canonical text. Long may their audience listen.

2 comments on The Disappearance of Everything (or, Don’t Underestimate Bards)

on The Disappearance of Everything (or, Don’t Underestimate Bards)