This theory came up recently because I’ve been playing Ooblets, the Early Access Epic Store cuteathon borne of Pokémon and Stardew Valley. “Manage your farm, grow and train your ooblets, explore strange lands, and have dance-offs!”, its blurb blurbs. It mashes the best parts of several genres together – farming, pets, customisation, ‘combat’ – adds a few of its own excellent improvements, and packages them up in a surprisingly ironic kawaii pastel world. One glance at it tells you it’s the yin to Dark Souls’ yang: cute, easy, relaxing, and more traditionally female than most other PC games. 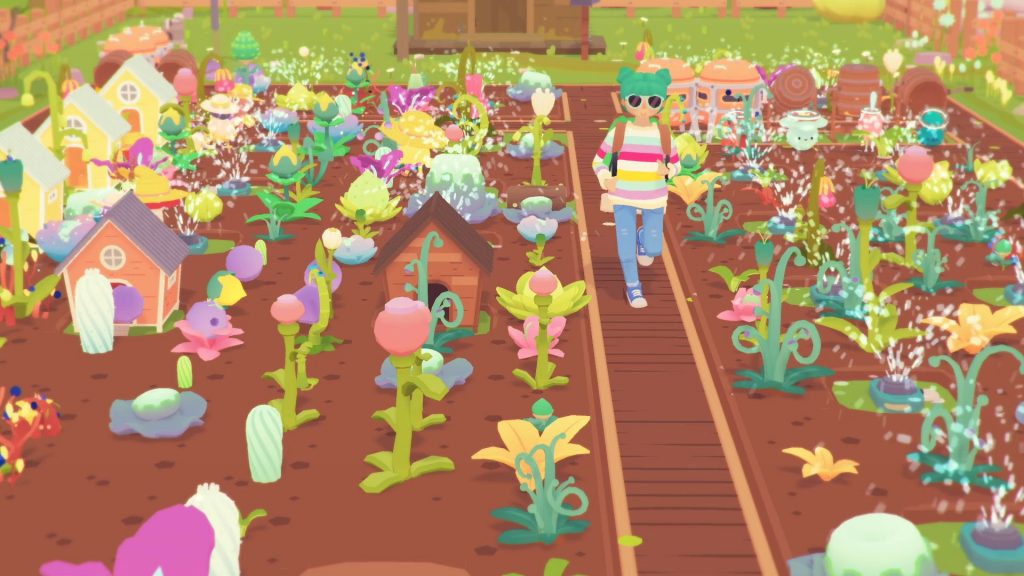 My fiancé, meanwhile, is playing Conan Exiles. Its graphics are realistic, its combat frequent and violent, and the average breast size of female characters damns all to chronic back pain. “Survive in a vast open world sandbox, build a home and kingdom, dominate your enemies,” blurbs the blurb. Tonally, Conan’s a world away from ooblets and dance-offs, demonstrably geared towards traditional male preference. But thematically and mechanically, they’re a lot more similar than it appears. I don’t have to break my ooblets on a Wheel of Pain to make them dance on my team, but I do have to plant and water them on my farm until they hatch – a classic ‘tend and befriend’ mechanic. My fiancé doesn’t have to grow sweetiebeeties to grind into Froobtose to make cakes to give to people so they’ll be his friend, but he does have to feed his captive wild panther certain types of raw meat to make it do what he wants – a classic simulation mechanic. We’re both farming, building, capturing, exploring and engaging in some sort of combat. Our games just come with traditionally feminine or masculine veneers. 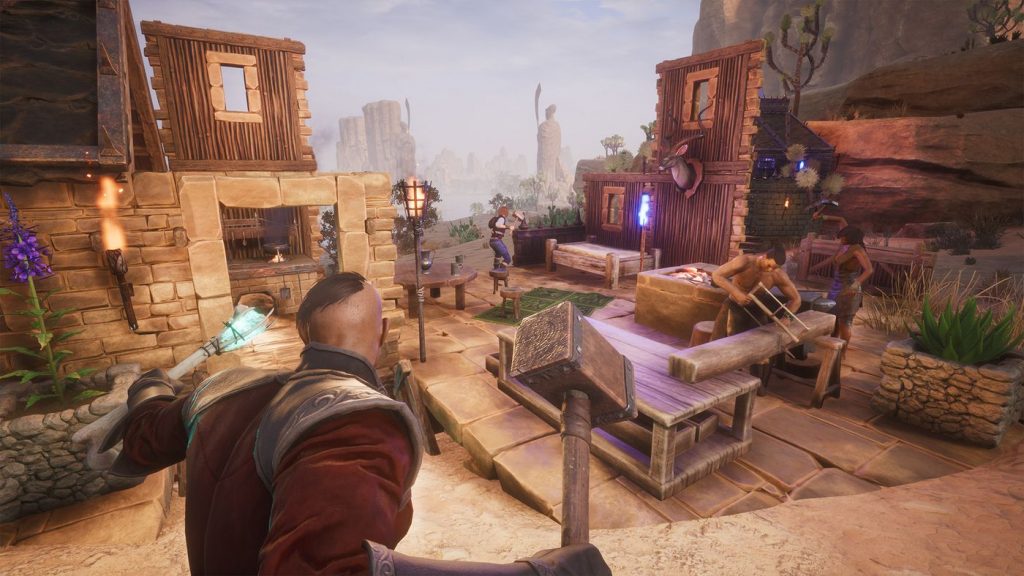 It’s obviously not true that women only like easy and cute games or that men only like violence and breasts. But games data does support Baron-Cohen’s conclusions: you’ll find a lot of male players of Football Manager (a systems-driven PC game about men’s football) and a lot of female players of Pokemon GO (a socially-driven mobile game about cute animals). It’s great that both types – and all the spectrum in between them – exist, catering for the full breadth of human interest. But the next time you pick up a game that strikes you as particularly feminine or masculine, pause to think about what you really do in it. Is it Dark Souls in a dress? That’s more common than you’d think.

2 comments on Tend & Pretend: the Secret Life of Gendered Games

on Tend & Pretend: the Secret Life of Gendered Games