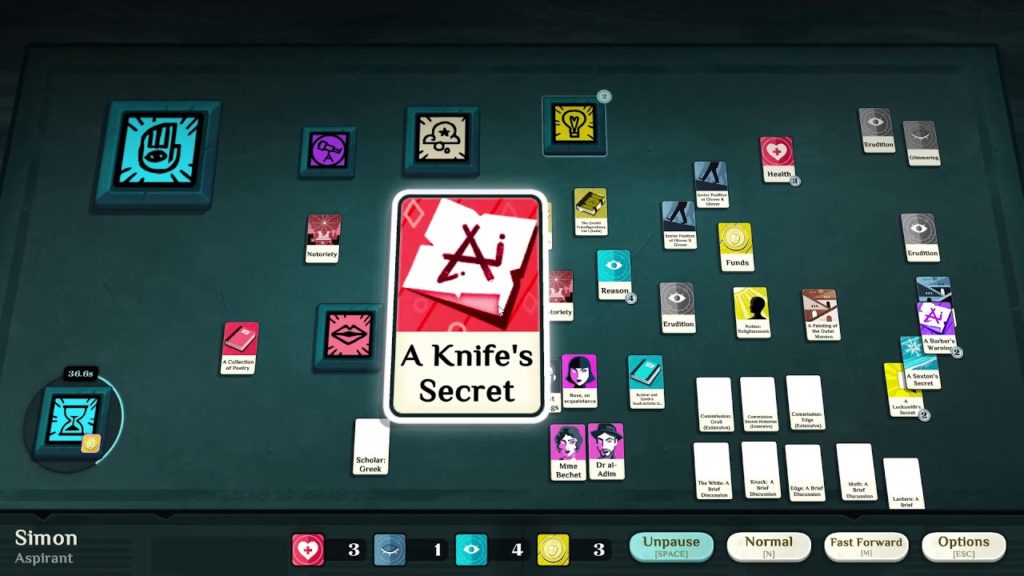 Neville was a quiet boy. He startled Father Nightingale and Miss Dusk, that night in the sandstone apse; he was sometimes observed by Ivy Mauresque through the oriental vapours of her club, though she claims they never spoke. Neville was a boy who slipped easily between the cracks, and was lost to the Wood long ago.

Today we’re releasing Neville’s Build, an interim version between the Scholar’s and the Adept’s*. It comes with a sum of bug fixes and UI improvements, and is available via itch.io and – gasp! – Steam.

Anyone who’s bought the game via itch.io (including Kickstarter backers) will all be able to redeem a Steam key via the ‘Download’ page. You should see something like…

Email me if you run into any trouble! And please note: none of our major updates are backwards compatible, so you’ll have to start a new game with each major build.

* ‘Adept?’ I hear you cry; ‘We have never heard of an Adept’s Build before!’ Wellllll, cry havoc and release the dogs of snore because we have CHANGED ‘Magus’s Build’ to ‘Adept’s Build’ because there were too many esses and it was silly.

Key features and bug fixes are as follows:

Now, go and enjoy Neville. He is delicious.