Story in games is a hot topic. But what about structure? How does the narrative form of a game influence its player’s experience? What does the structure of a story tell us, and what does it reveal about a game’s themes? I have only the vaguest understanding of how this works when it comes to the visual arts – I can gesture confusedly about the golden ratio, and how the Parthenon has no straight lines – but I can talk usefully about text.

Take, for example, Anthony Burgess’s A Clockwork Orange. The novella is a Bildungsroman – a story of growing up – following its antihero from violent immaturity to adulthood. Its structure reflects this with three sections of seven chapters each: each section is believed to reference Shakespeare’s seven ages of man, while its twenty-one chapters are a deliberate nod to the milestone age of twenty-one years old.

The theme of growth stemmed in part from the violent sexual assault of Burgess’s pregnant wife at the hands of US soldiers which caused her to miscarry their child. Left with a lifelong void where they should have watched their real child grow up, Burgess developed a fictional one. The assault is believed to be the ‘inspiration’ behind a very similar attack perpetrated by the main character in A Clockwork Orange. Dark stuff, but illustrative of form and structure working to reinforce its author’s focus and its story’s central theme.

So what narrative structure do we see in games? Honestly, not as much as you’d expect. You hear narrative games described in terms of plot, but games don’t yet have established formal constructs like chapters or poetic metre. We borrow structures like Aristotle’s five-part narrative arc – exposition, an inciting incident, a crisis and climax, falling action, and a dénouement – but we haven’t yet developed narrative forms specific to games.

There are some interesting examples, though. From its second game, the Diablo series has traditionally served up four acts each with its own narrative subplot and ultimate boss battle. This is an overt use of traditional narrative structure, but it doesn’t really reinforce any of Diablo’s themes (to wit: good versus evil, Christian-inflected moral and bodily corruption, and lots of jazzy loot). Here, content and structure don’t actually work together. 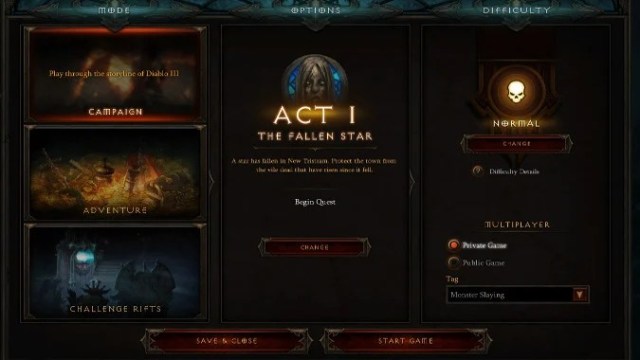 But here comes Alan Wake. This seminal sort-of-narrative, sort-of-survival-horror game is organised into six or eight episodes depending on whether you bought the DLC. They end with cinematic cliff-hangers and are recapped with a ‘Previously, on Alan Wake…’ summary at the start of the following section. Heavily influenced by TV serials like Twin Peaks and Lost, Remedy said they felt an episodic structure was best to maintain their high-quality mystery narrative throughout the whole game. This isn’t intricate Burgessian formalism, but it is definitely structure supporting content.

I look forward to more and more examples of structure being deliberately used in games. Because games is writing its own Bildungsroman. Games is growing up. There are lots of good reasons why structure and form might not be relevant for every game, but our stories are getting better, and our narratives more complex. Structure is a tool we’ve yet to master, but it’s just waiting to be picked up.

2 comments on Let’s Talk About Text

on Let’s Talk About Text