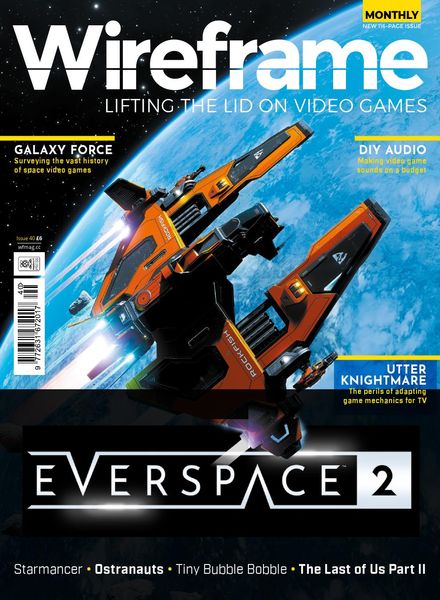 11.06.20
I wrote the article below for Wireframe, a British game dev magazine which ‘lifts the lid on video games’. And, inexplicably, lets me have a monthly column.

Here is a game that will ruin your life. It’s called ‘Horse Face, Plate Face’. It hinges on the eternal truth that every human who has ever been either had a long face like a horse or a round face like a plate. Occasionally there have been unspeakable comminglings between the two tribes which result in Rami Malek, but he’s beautiful and Egyptian which is the genetic equivalent of the Konami code. He’s cheating. Almost everyone else you will ever see for the rest of your life will be an HF or a PF. You’re welcome.

Humans love a system. We’ve evolved to seek patterns in the world, from predicting the weather to knowing not to bugger about with fire. In modern society, there are patterns upon patterns: red and black, which originally told animals to stay away, is now the most popular colour scheme for selling high-end gaming laptops to bold and fearless men. Selling high-end gaming laptops to bold and fearless men is, itself, part of the pattern of buying cool-looking stuff because that makes other people like you. That’s then part of the system of capitalism, which is part of the larger Platonic system of never being satisfied with anything because there is an unreachable universe out there, where we aren’t, where everything is literally perfect. Thanks, Plato.

Games capitalise on our, er, patternophilia. They place a player in a mesh of systems and much of the fun is identifying and mastering them. What once was new and unknown becomes a satisfying feedback loop of stimulus and response, of understanding and control. Pokémon teaches you to recognise types and respond with super-effective techniques. Dark Souls makes you learn enemy tells and dodge or attack accordingly. Celeste expects you to recognise terrain and react with the right moves to climb it.

The problem with systems is once you’re in one, it’s hard to get out. Most of our pattern recognition takes place subconsciously: we often don’t realise we’re inside. And one major side-effect of liking patterns is not liking change. If we’re ever smart enough to see the systems around us, it takes bravery to overcome our innate human desire to leave that system be.

Change is a break in a pattern. Change is impossible to predict. From the base of our ancient monkey souls, change feels frightening and wrong. There are clear parallels to the Black Lives Matter movement which swept the world last year. There are also parallels to games industry culture, to how we interact with people on the internet, and how important it is to learn to think for yourself. We all have an evolved tendency towards following the pattern and doing what everyone else around us is doing. But you need just an hour or two in Playdead’s brilliantly pattern-phobic INSIDE to see how dystopian that can be.

Look, all I’m saying is games are part of a co-optive genetic narrative which preferences the status quo, and we’ll never build Utopia until we learn the importance of individualistic critical thinking. Oh, and that I’m a horse face. H/t, fellow HFs!