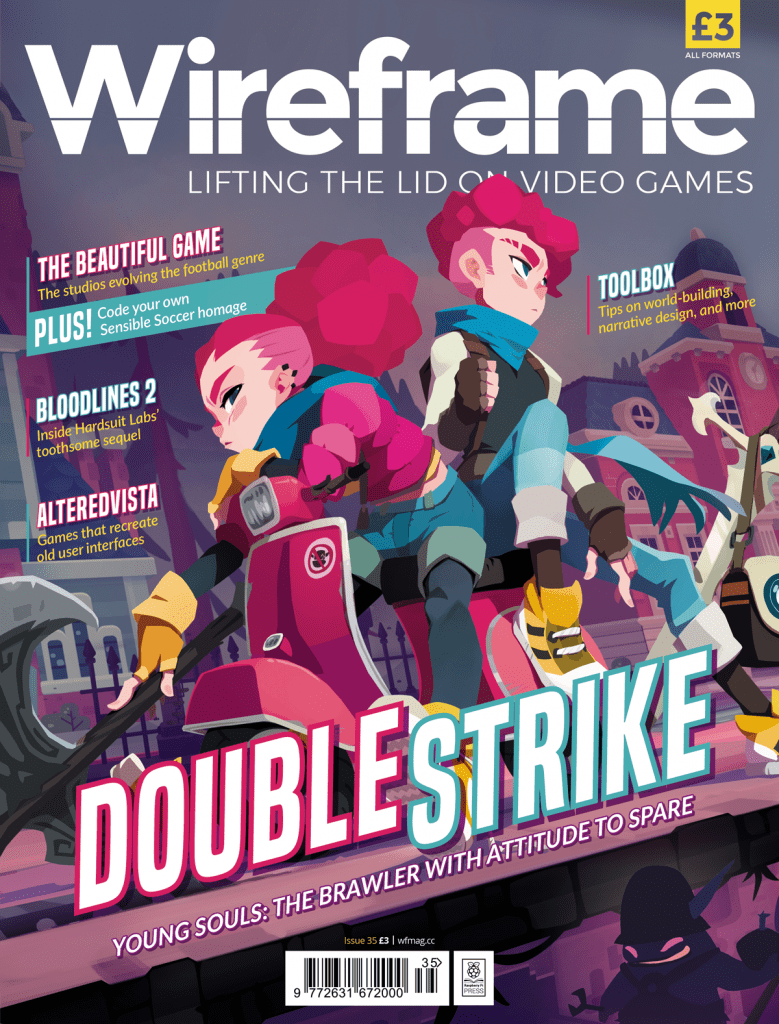 03.2020
I wrote the article below for Wireframe, a British game dev magazine which ‘lifts the lid on video games’. And, inexplicably, lets me have a monthly column.

– Oscar Wilde, ‘Preface’ to The Picture of Dorian Gray

When you play a game, are you experiencing some sort of external experience – is Detroit: Become Human a game ‘about’ human nature and second-class citizens, or is it ‘about’ provoking the player to think about these things?

Do we consume external narratives when we play games – is there one definitive experience – or do we close a feedback loop, completing an otherwise incomplete piece of art in the act of playing it?

The latter is what literary reader-response theory believes. And the theory casts games industry in an interesting light.

It’s true that games comprise a limited set of themes and mechanics and can be described in factual terms. But they come alive in players’ hands: the ultimate experience of playing a game cannot exist without a player in the first place. If games need a subjective human to realise themselves, there cannot be objective experiences. No definitive readings or ‘true’ reactions. There is only art, blended with the human interacting with it at the time.

It’s important to remember this when it comes to critique, particularly when it’s controversial. Take Tynan Sylvester’s public dust-up with Rock, Paper, Shotgun in 2016 over a journalist’s interpretation of RimWorld’s code. The points the journalist made were valid and formed a coherent, interesting discussion. But the article was not empirical.

A journalist brought an existing idea (that simulation games define their world’s rules, and concretise reality in rigid ways) to RimWorld’s code (human sexuality written in C#, designed as a fun player experience). This is great: person-meets-art is what almost all artistic critique is. What’s not great is when people accept that critique as some sort of empirical, definable truth.

RimWorld is not a game which furthers existing and oppressive gender relationships between men and women or erases bisexual men. It can absolutely be discussed in the context of a simulation game’s ethical and essentialist restructuring of infinitely complex human reality, but it doesn’t change RimWorld itself. RPS rightly went beneath the surface and ‘read the symbol’. But the resultant piece is a reflection of the people who wrote it, not objective reality.

Subjectivity doesn’t make reviews, opinion pieces or other writing less meaningful. What it does do is highlight the prismatic quality of writing about art. Turn games one way and they glitter with starlight. Turn them another and they reflect the dawn. Whatever you feel about a game – and whatever critics or players or Metacritic feel about it – remember they’re shiny things. More often than not what’s said about them doesn’t really reflect the game. It reflects the gamer.