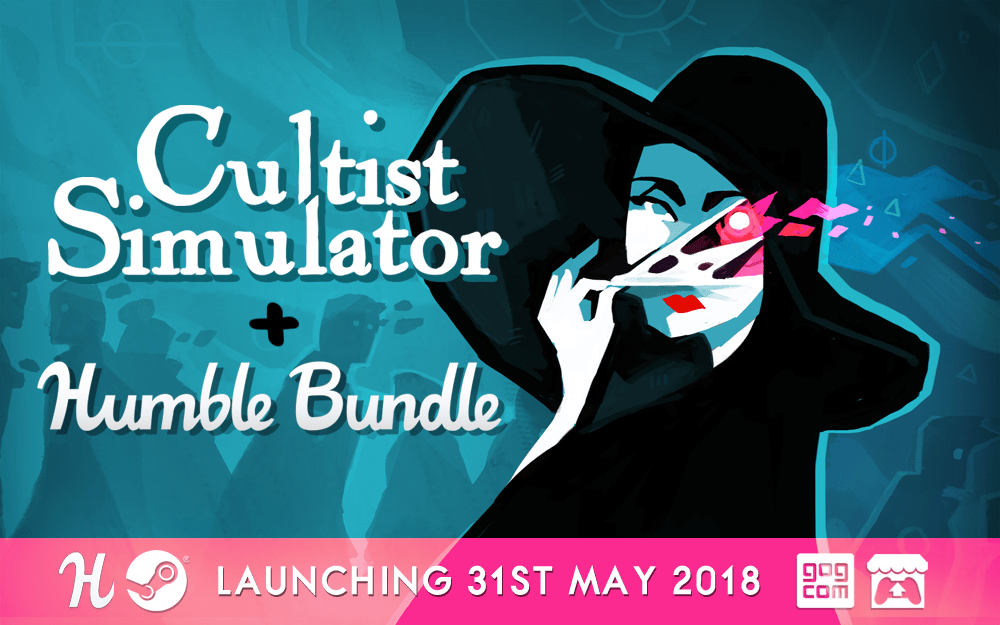 In case you haven’t heard: we’ve signed a publishing deal with Humble Bundle, who are best know for being indie, ethical and delightful! This is our aspiration, too.

(They’re also publishing Mineko’s Night Market, which I am stupid-excited about. But that’s not the point!)

What AK and I are really good at is production. We’re good at being transparent, we’re good at getting stuff done, and we’re good at hitting deadlines. Sure, sometimes life intervenes, and nobody’s perfect: but with AK’s experience, and me being a producer, we feel on pretty solid ground.

The Kickstarter and everything to date has been production-focused: pls to give us money for Game X. You did? Yay! Now we’re making Game X, here are lots of updates to whet ur appetite, we’re on track to launch as planned in May.

Honestly, it’s marketing. I’ve relatively little experience marketing games, and it’s such a vital part of the whole ‘making games’ thing that we’d be silly to leave this soft spot open (remember how that went for Smaug?).

We’ve partnered with Humble primarily to solve this problem. They’re an established, well-respected and international publisher who can get a whole lot more eyeballs on Cultist Simulator than AK and I could on our own. They’re also experienced marketers with a vested interest in selling as many copies of our game as possible, now they get a slice of that lovely pie. So we have a marketing safety net, and a bigger, stronger ally in the Fight To Get Cultist Simulator Seen.

There’s also a human element here: neither AK nor I have worked with publishers before. Weather Factory was set up to be experimental and to allow us both to learn. Humble are kind and ethical and very much indie-focused: their principles align with ours. Pairing up with them to publish Cultist Simulator is going to teach us a lot about publishing models, and help steer Weather Factory’s biz decisions later down the line.

Well, not quite nothing. We hope that Humble’s input will increase the numbers of copies we sell at launch, which means we’re more likely to do more DLC afterwards.

But we’ll still be launching the same Cultist Simulator we’ve always planned on Windows, Mac and Linux on Thursday 31st May 2018. All backers and early purchasers will get the exact same rewards.

Feel free to ask any questions about Humble, publishing, Cultist Simulator, whatever, either in the comments here or @factoryweather on Twitter. ♥️

Oh, and if you haven’t already: I heartily recommend wishlisting the game on Steam, and signing up for email updates!