I’ve been asked what Hour governs illness. There’s really no one answer to this – just as no one Hour governs places, or colour. The Mother of Ants deals with healing, of a sort, and the Crowned Growth functions in many respects like a disease, but in the Cultist Simulator setting, diseases would generally be the result of imbalances in the striving and flexing of the secret gods.

This doesn’t invalidate the germ theory of disease. Christopher Illopoly would tell you, for instance, that the striving of the Hours determines the outcome of battle by influencing the progress of armies, and that equally, a viral army that invades the body’s halls is still an army, or at least a horde. Illopoly would probably salt it with allusions and with faintly bitchy jokes about mutual friends, but that would be the gist of it.

The point of all this? Lottie and I have both had flu, which we’re now largely recovered from. If we’ve seemed quiet, partly that was the holidays, partly that was all the cytokines fucking us up. But we’re coming back to life, rather slowly, like Christmas tree lights flickering in the rain.

The effect on the schedule is minimal. We were mostly taking Christmas off anyway. But it may be that we decide to take a holiday a bit later in the year, to make up for this one being ravaged. We’ll keep you posted on the roadmap, but you can still expect to see another development build this month.

Anyway, I’m sure many of you have been suffering over the winter period! (those of you in the Southern hemisphere snickering from the golden sanctuary of your alternate climate: yeah yeah, your time will come). So let’s all of us hope for speedy recoveries, and I look forward to sharing with you the locations in the Mansus and the Bounds that I’m now working on: the Temple of the Wheel, the Peacock Door, the Salt Cell and the Worm Museum, among others. 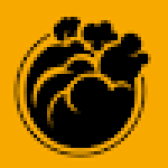 1 comment on “A Foul and Pestilent Congregation of Vapours”