Holmes had Moriarty. Ripley had the Alien. Beowulf had Grendel (and Grendel’s mum. And a rando dragon. Go away). Do you know what my nemesis is? CLIFFS. They are impossible to draw, no artist has ever been able to capture them properly, no I am not accepting any counterarguments or ‘evidence’ to the contrary at this time. I will return once I have located my smelling salts and have another go. (AK adds: writers’ nemeses are counterintuitive plural agreement in English.)

That is to say, I’ve been working on the game’s background this week and it’s gone from the left to the right, which suits the game and the way you’ll use it much better. I want to parallel the unreal Wes Anderson-inspired symmetry of Hush House on the left, and to lean into the sense that this world is a place where things really do have real-world connections to one another, but aren’t trying to represent any sort of visual reality. Plus, I like the spooky storybook vibe – I think it’s a perfect page for Alexis’ words to shine.

Still stuff to do, but we’re getting there! AK and I both have also been working on various different weathers, as we’d like to show different environmental conditions, seasons (including the elusive Numa), and something AK alarmingly refers to as ‘incidents’. We want you to feel like you’re passing time in an actual, fully-functioning world, cultivating the places you’ve unlocked over time. Super WIP, but you get the idea below:

Similarly, we’re iterating on ways to shroud various parts of the game before the player’s progressed far enough to unlock them. Remember, the opening of BOOK OF HOURS is your sorry, amnesiac librarian washing up on the beach, soggily making their way for help to the village, and finally finding their way to their new gothic home… The answer is clearly groovy lil’ clouds on cocktail sticks. Hah, you thought this studio could only do words!

AK, myself and freelance codemaster Chelnoque have all been working on card management, too. This is by far the most ‘art heavy’ game AK or I have ever worked on, and we need to balance those visuals, lots of gorgeous AK-writing, crafting windows and the numbers of cards you would expect either from late-game Cultist Simulator OR the storage basement of a mad shut-in Magic the Gathering collector. We’re going with a drawer system for now, which we think is a good half-way house – but this may change.

AK’s found the time to write a bit, too. January will probably be a writing-heavy month (bring on the coffee!) because we’re hoping to get a solid, representative game build at the end of the month, but we already have early-game options like:

“I am the Librarian of Hush House. If I write Histories with an encaustum ink, it is no small thing. I’ll need to use one of the languages of power, and muster enough of a Principle to support my assertions.”

Conversely, if you’re a reprobate –

“I am the Librarian of Hush House. I probably shouldn’t write my Histories directly on the table.”

AK adds: one of the temptations in game writing, especially when there’s a lot of gaps to fill in, is to treat it like grout. Here’s a choice, here’s an outcome, twenty words that are different enough for this outcome, move on. And some writing is just filler. Maybe the introit is ‘Move to the next day’ and the follow-up is ‘A new day dawns.‘ It could reflect the game state – ‘the new day dawns fresh and cold’ but that might be redundant if you’re showing the weather graphically – which means you’re teaching the player that the text is ignorable froth, and also landing yourself with a bit of extra complexity and opportunity for bugs. It could be a gag or image – ‘Another day. I’ll be useful once I have some coffee in me’ or ‘Another day. I’ll shake the sleep from my limbs’ but maybe that conflicts with something else, maybe it sounds repetitive… especially on day 20. It could be one of several random text strings, but that almost never works as well as you might expect – it tends to draw attention to the repetition rather than otherwise – and it then takes several times as long to write.

One approach is to treat it like negative space, and really just go with ‘A new day dawns’, which takes no time to write and which allows the more interesting text to pop. Sometimes the player just wants a tiny rest. Another approach is to do what you’d do in a song or a poem, which is to have a chorus – something that’s intended to be read as repeated. This might mean a rhyme, or a striking image. As a result of Lottie’s influence I rather like kennings, which crop up a lot in OE poetry. Kennings for dawn might be ‘Day-beacon, sun-herald’. You get these things popping up in relatively trivial text and it might feel fresh and strike your brain at an angle. Or it might feel weirdly stagey, because people don’t do that in games. But then BOOK OF HOURS does a lot of things that people don’t do in games. We’ll see.

Back in art world, Adrien has been beavering away at more Hush House rooms. There are – at last count – eighty-something of them, so we’ve a bunch to get through! Below are all some of his recent work, from the wintry beauty of the abbey atrium to the luxurious, delinquent alchemy of Robert Fludd.

Finally, I thought you’d appreciate a first glimpse at some of the faces who’ll assist you in rebuilding your library. These are a mix of named village-dwellers (Denzil the Smith, Timothy the forgetful rector, etc etc etc) and specialists you’ll occasionally find staying – briefly! – in the rural yet quality rooms of The Sweet Bones.

I won’t name them all, but see if you can identify the poet, artist, musician, person with the darkest past (!) and Mr and Mrs Kille… (AK adds: and Tintin character, I reckon.)

I leave you with the less interesting but also important news that we’ve just moved our mailing list to a different provider, so if you notice anything hinky about the various ‘subscribe!’ buttons around the website, or see anything bizarre in the next newsletter you receive (later today!), do let us know.

The Etsy shop is now closed for the year but will open again in the first week of January. MERRY CHRIMBLETIDE, PEOPLE. AK and I wish you a wonderful holiday, a smashing 2023, and surprise and fluffy cats. ‘Til next year! ♥ 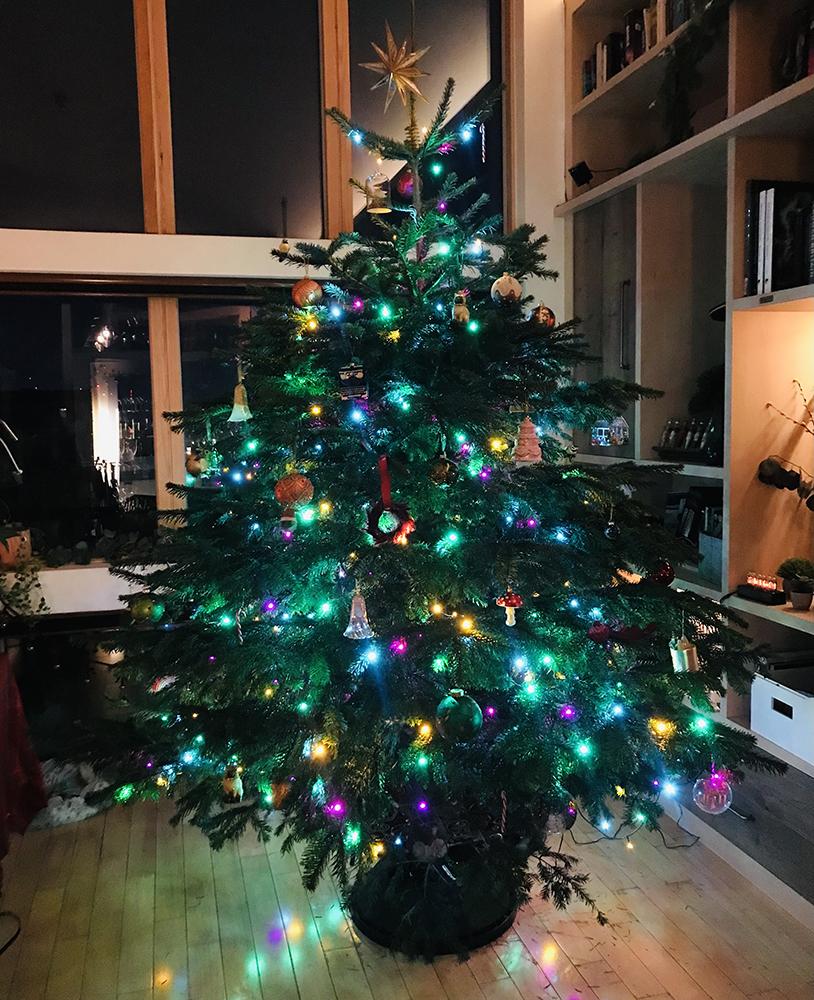 6 comments on The Change and the Longing

on The Change and the Longing