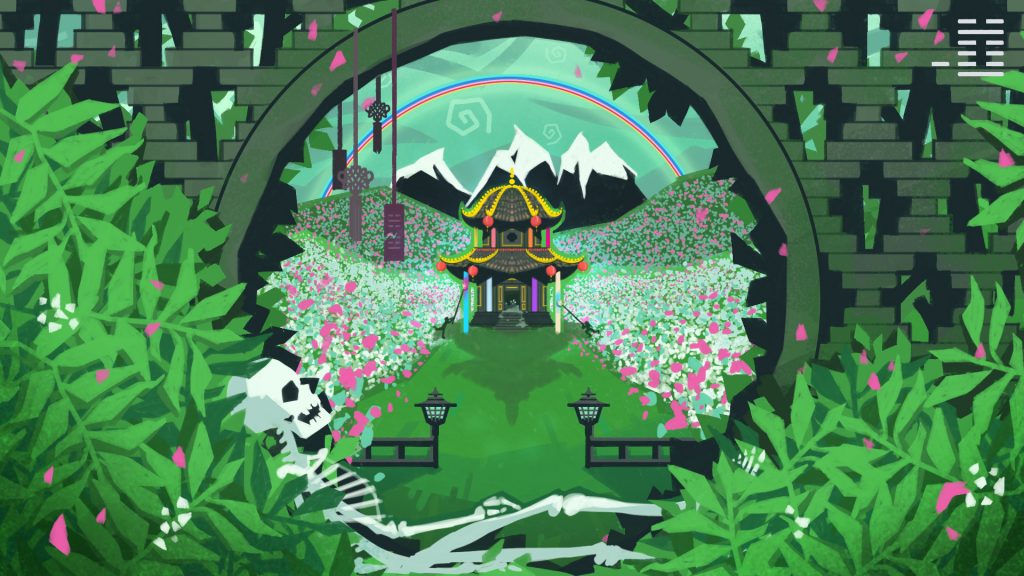 On the humble 26th of March, Vladimir Putin was elected President of Russia, Nancy Pelosi was born and Ludwig van Beethoven died. Bit of a mixed blessing but it skews ultimately positive by being – wait for it – NATIONAL NOUGAT DAY! YAAAaaaaayyyy………….

Ahem. Let’s ask Alexis what he’s been up to, shall we?

I’m building BOOK OF HOURS inside Cultist Simulator. THIS DOES NOT MEAN BOOK OF HOURS WILL LOOK LIKE CULTIST SIMULATOR but it does mean that I can build up a common code base for future projects, and extend the options for modders while I’m at it. It also means that I’m having to rework a lot of Cultist code, of course; and the things I’m reworking at the moment are Portals and Otherworlds.

There’s one Otherworld in Cultist: the Mansus. It’s not implemented as an Otherworld. It’s implemented as a giant hack, because I paid a freelancer to spend a day and a half building the UI, and then I spent about a day plugging it into the content system… because the Mansus was a last-minute addition that we didn’t have room for in the schedule, because Lottie met Ian Livingstone, Mr Games Workshop himself, on a train and (I promise I am not making this up) he convinced us we should put a map in the game.

Where was I. OTHERWORLDS. So all an ‘otherworld’ is, is an Otherworld window linked to a Portal token, in the same way that Situation windows open out of Verb tokens. But Otherworld windows are much more assertive than Situation windows. And in BOOK OF HOURS, a Portal token isn’t necessarily an abstract counter like Cultist – it could be a book or a phrase or a physical door. And it’ll be possible to configure and customise them, for me and for modders, although I might just put them in as Unity prefabs and you might need to pick up a copy of Unity. Sorry, there’s only one of me and this bloody cat won’t shut up.

I’ve been doing a lot of marketing planning, which has thrown up some really fun stuff that’ll be happening later this year (particularly for Cultist fans) but is the second least shareable part of game dev. Look on my works, ye mighty, and despair.

I can share another one of BOOK OF HOURS‘ libraries, though! Meet the final version of the Grove of Green Immortals, a mountain-monastery of renegade Taoists. They specialise in horticulture and medicine, under the watchful gaze of the Applebright. What a lovely name for a definitely lovely Hour, I’m sure you’re thinking! The Gods-from-Nowhere are always so unequivocally friendly and sweet.

Finally, we recorded a new Skeleton Songs. Alexis had just had his AstraZeneca COVID vaccination and was developing side-effects, so he felt a bit like this all the way through:

But LO the show went on and you have a migratory episode on BADDIES in games, A.K.A. antagonists, villains and a parlour game where you look around the room and work out which of your compatriots would’ve been a Nazi. Fun! Listen to “500,000 Sociopaths” on all the usual places, all handily linked here.

Next week is Cultist Simulator‘s mobile anniversary, so look out for a few small fun things on social media then. For now, have a lovely spring-y weekend! Lockdown’s nearly over – hang in there. ♥