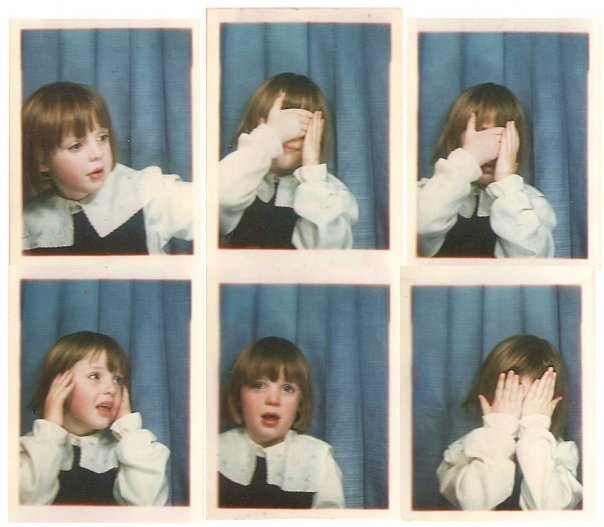 Blood Sport: Call-Out Culture from the Other Side

Update 16/01/2020: I stand by everything I’ve said below, but for a summary of cancel culture that’s 8000000 times better than anything I could produce, take a look at ContraPoint’s ‘Canceling’ video.

These last few weeks have been intense. It’s been a wake-up call for me, and a confirmation that some popular forms of feminism are actively hurtful to women. The biggest offender is call-out culture: people piling in on each other on social media with unverified and viral claims. This is what happened to Alexis last month, and it’s horrific.

I’m not going to talk about whether Alexis is a bad dude, as he’s already done that, and he’s simply not. I am going to talk about the impact of call-out culture, using this experience as an example. Here’s what happened to people who weren’t Alexis last month.

(Additionally, Alexis nearly killed himself. I don’t care what anyone has done or is accused of having done: driving people to suicide is wrong.)

Everyone on the above list who isn’t Alexis was punished for the five year old alleged sex-life of a guy they didn’t know at the time. If you think that’s an acceptable amount of collateral damage, it’s probably not worth reading the rest of this piece.

But I don’t think making people feel good or pretending you’re making a difference is justification for losing some women their jobs, nearly convincing a guy to top himself, or – in a separate, more serious case – actually convincing him to do it.

There are other ways. But let me first highlight some of the problems with call-out culture, as someone who’s seen them first hand.

Call-outs are a Catch-22

Imagine someone says you did something bad on Twitter. It’s being retweeted left, right and centre, lots of people are joining in, you’re getting nasty comments from total strangers, and people are saying things like:

Think about how you’d defend yourself in that situation. Firstly, there’s a pipeline problem. Twitter preferences single messages that are shared by lots of people. It’s a spotlight on a darkened stage. It’s terrible at getting messages out to viral claims about you which have been shared by thousands of people. That would be lighting up the whole stage at once. So even if you have something that utterly proves you’re innocent, it’s very hard to get that in front of everyone unless you can get even more retweets than the allegations did. #metoo is a powerful motivator and you probably won’t.

Secondly, someone’s called you a liar! That means anything you say is probably a lie.

Thirdly, people are happy to believe allegations against you even if you’ve behaved well in the past. The trope that abusers deliberately do good things to cover up their bad acts erases all the reputation you’ve built up over the years not being an asshole. By doing good stuff, you’re engaging in classic asshole behaviour, which only proves you’re more guilty than you were in the first place. There’s no ‘win’ here for an accused person: it’s immediately and irrevocably a fail state.

Modern systems of justice – and I’m talking proper justice, like juries, judges, the law – often fail women because they put the burden of proof on the accuser. This means successfully punishing people for things like sexual assault is difficult, because by the very nature of the offense – usually committed in private, between two people – there isn’t a whole bunch of evidence to prove beyond a reasonable doubt that the accused did the thing the accuser says they did. This is shitty, and it needs to change. But it’s tipped towards the defendant deliberately: Blackstone’s ratio, the idea that “it is better that ten guilty persons escape than that one innocent suffer”, is a vital founding principle of modern justice.

Call-out culture is the opposite. It thinks it’s better that ten innocents are brought down than one guilty person escapes. It’s designed from the ground up to remove people’s ability to defend themselves. It isn’t justice. It’s a lynch mob.

Ironically, the only absolute that seems to be true is that there are no absolutes. The world isn’t black and white. But one of the most common responses to a #metoo Twitter shaming is the rallying cry to ‘believe women’. One woman says one thing and she must, she must, be right. I look forward to #metoo revelations from Ivanka Trump.

‘Believe women’ only makes sense if you think – if you really, genuinely think – that women are perfect and could never be misinformed, make mistakes, or be vindictive. People subscribing to ‘believe women’ must not know a single woman in the history of their lives who has ever done something wrong. I’m a big ol’ feminist who runs (well, used to run) a bunch of well-intentioned women in games initiatives because women are amazing. But I know just as many flawed women as I do flawed men. ‘Believe women’ is a weird gender absolute that doesn’t engage with the real world and therefore doesn’t help.

The experience I’ve gone through in the last month is a good case study. Three women of good standing have said one thing. I and Alexis’s ex-wife of ten years, two other women of good standing, have said something else. How can we reconcile Believing Women here? In this Twitter shaming – and I suspect in many others – dissenting voices were happily ignored. Those women shouldn’t be believed. They’re bad actors. Misled by men. Working for the Other Side, like some emotionally compromised Uruk-hai. But believe those first women for sure.

Junior women joining the industry will be led by the culture and systems we set up to manage the very many and very real wrongs done to women by men. Teaching them that the solution is making a stink on social media is infantilising, dangerous and unhelpful. It will discourage them from making real, practical and actionable changes to this industry, under the misapprehension that the fix has already been found. We are ruining women’s chances at a fair and equal existence in games before they even get here.

Whisper networks are clandestine conversations between women about men. Apparently, they allow women to safely share information about who’s bad and who’s good among themselves. They protect women by telling them who’s safe and who’s not. I wouldn’t know, because despite being the long-term partner of a guy who’s just been called out as a dick, no-one ever whispered anything to me.

You may be thinking: Lottie! You’re engaged to this guy. You founded a studio together. Nobody’s going to tell you that he’s bad, because you’ll tell him and then he’ll summon his legion of terror-bats and set them on the wimmins. And that’s logic of a sort (though this is another easy erasure of a woman who complicates things).

Whisper networks are also arguably the worst possible way to reliably communicate anything. Part of my job as a games producer is designing processes for game developers to pass information back and forth between each other. The idea of producing a game without documentation, stand-ups or design notes and instead with a secret system of individuals occasionally telling each other what their neighbour told them is, frankly, insane. I would make a grave expression at the producer who suggested it. I would ask them if they could Walk Me Through Their Reasoning Here. And a process that fails abominably in theory is not going to succeed in practice, especially when scaled up to accommodate thousands of people at once. Whisper networks are a terrible, terrible system for what they appear to want to achieve.

Does call-out culture want, like much of the judicial system, to punish wrong-doing and reform wrong-doers so they can rejoin society as assets, not assholes? At the most basic level, call-outs are international public humiliation. That is a famously terrible way to teach people things. Humiliation turns people into serial killers and suicides. So as call-out culture relies on public humiliation, reform can’t be its end goal.

When I don’t know someone’s motives I look at the outcome of their actions for a guide. A thief is more likely to steal because they want money than because they get a sexual thrill from pawning jewellery. In this case, call-out culture achieved:

You will note that it did not achieve the end of sexism and/or abuse in games, the promise from all men never to be mean to ladies ever again, or the safeguarding of future women from future male threats. It’s a confused list. I don’t believe this call-out had a particular end goal in mind. It just sort of exploded, spilling itself over everything and letting the stains sink in where they liked.

There is clearly an issue with women being mistreated in games. Call-out culture is part of that issue. If you’ve read this far, I hope you’re less keen on it than you were before.

Here are some alternative ways to solve problems between men and women in the games industry, which don’t cause a wide variety of unnecessary pain or drive people to their deaths. This is specific to the UK: there are different organisations and different relationships with police elsewhere.

Resolving an emotional, angry situation with a colleague is hard. It’s really, really hard if there’s a personal or romantic side to it as well. So this list may not hold the solution to your particular problem. If it doesn’t, help make this list longer. Help women by adding to it. Set up what’s missing, by founding something yourself or speaking to UKIE or WIGJ or G into Gaming or whoever else you can think of. If you’d like, email me – I might be able to help connect you, or help set something up. Weather Factory might even be able to fund it.

We are wasting our energy with call-out culture. It doesn’t solve our problem. It doesn’t make things better. It eats up our time and our empathy and hurts people, lots of people, and pretends it’s doing something good. We need structure and accountability and justice to make this industry a better place for women. Structure, accountability and justice are all things call-out culture’s left behind.

Living with depression that isn’t yours

Loving someone with depression is a common experience. Talking about it isn’t. Here’s what I’ve learned from loving a depressive partner – it may sound familiar to you.

2 comments on Blood Sport: Call-Out Culture from the Other Side

on Blood Sport: Call-Out Culture from the Other Side