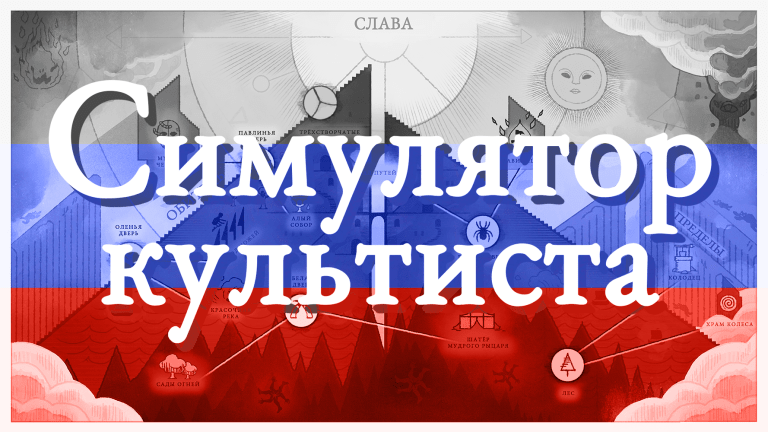 First things first: an announcement! We released simplified Chinese last month, which was an extremely weird but also wonderful experience. Once we’ve a few months of data I’ll write a deep-dive into the numbers, but for now, we have another long-awaited localisation to announce: RUSSIAN.

Russian will first go live in an opt-in Steam beta on Monday 4th November. Once we’ve had a few weeks to sort bugs and typos, we’ll then release Russian to the main game across Steam, GOG and Humble on Monday 25th November. (We would release to you, too, itch.io, but you don’t support this stuff yet. 😢) Thank you to the excellent QLOC and errant-knight Nikita for your translations!

Now we have full translations for Cultist Simulator and its DLC, this means we can make a move on mobile updates without confusing people. It turns out that releasing a language on one platform without content parity was a terrible idea, especially when you can’t speak that language yourself… who’d have thunk, huh? Anyway, one for the postmortem.

Q4 – that’s October through December, if you’re not a biz person – is a weird time in an indie’s year. You’re not supposed to announce or (gods forbid) release anything in it, as there’s Halloween, then the long grey wasteland of November, then Christmas itself, all while the AAA big-guns come out and devour your press and customers. So we’re biding our time, prepping for future things. Can you guess what I’m doing with these?

We’re away next week, so next update is liable to be light. So I’ll leave you with a passage I read in bed this morning, shivering with ghouly delight:

“Even as Frodo spoke he felt a great malice bent upon him, and a deadly regard considering him. Not far down the tunnel, between them and the opening where they had reeled and stumbled, he was aware of eyes growing visible, two great clusters of many-windowed eyes – the coming menace was unmasked at last. The radiance of the star-glass was broken and thrown back from their thousand facets, but behind the glitter a pale deadly fire began steadily to glow within, a flame kindled in some deep pit of evil thought. Monstrous and abominable eyes they were, bestial and yet filled with purpose and with hideous delight, gloating over their prey trapped beyond all hope of escape.”

The Lord of the Rings: the Two Towers, J. R. R. Tolkien

N.B.: ‘Shelob’ just means ‘She-spider’, cos ‘lob’ is ‘spider’ in Old English and I suspect Tolkien fancied a pint when he got to naming her. Pip pip, internet.