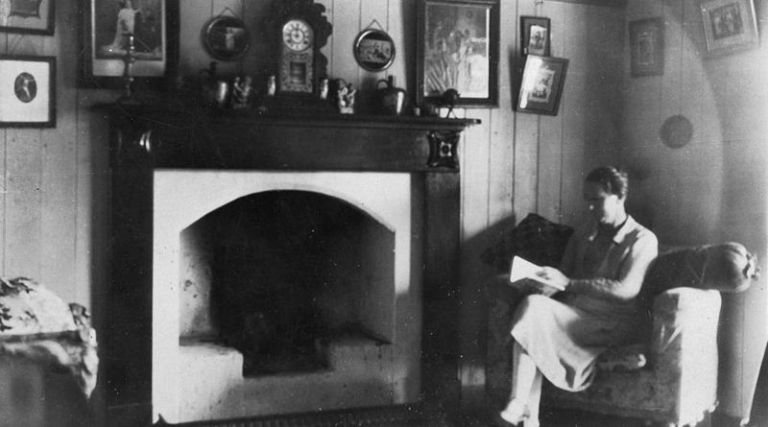 But: mama didn’t raise no quitters. I push on. The next time I get paid, I hopefully won’t have an Injury to deal with, so I should be able to spend that Funds (those Funds? this is really causing me problems) on books instead. It works: another three Fundses roll in from Glover & Glover, I put aside two for expenses and with trembling hand drop the third into Morland’s cash register. I’m genuinely very excited to see what I’ll get. I’m hoping for the Seven Cryptical Books of Hsan, or at least something with rude engravings.

I get… Gildersleeve. Fucking Gildersleeve. At this point I just start laughing. There is no way this could possibly have been avoided, but unfortunately after an undergraduate degree in Classics, a doctorate in Classics, and spending the last three years as a university lecturer in Classics, there are few books in the world less redolent of dark mystery than Gildersleeve and bloody Lodge. All I need now is 1 x Stack of Unmarked Undergraduate Essays and my virtual career will be completely indistinguishable from my real one, except that in my real one I don’t have any Mystique, not even temporarily.

I Study Gildersleeve, which at least comes with the weary ease of an old soldier loading a rifle, and get the Scholar: Latin card. Okay, that’s quite gratifying. Why do things always look better when they’re written down on cards? I tuck Scholar: Latin at the top of the screen with Notion: Enlightenment and my Erudition, which I picked up a while back, can’t find a use for, but am weirdly proud of. (…Oh.) By now I have gained another spare Funds, so I hand it over to Morland with a stern injunction that if she finds an old copy of Austin on Aeneid 4, she should under no circumstances sell it to me.

What I get is a book called De Horis. Now, this sounds properly tomely. Better yet, it’s in Latin, so I can read it. I set to work on translating it, but I’m interrupted by another promotion (nice) and the realisation that I’ve reached a possible endgame. If I stack a Passion onto my job, along with the two Reason I’ve been using to rise up through the ranks, I can do an Achilles in Book 9, give up all this cultist nonsense, and settle down into a comfortable but staid existence.

This is alarmingly tempting. Being a cultist sucks. I never have any money. My Contentment never lasts for long. Mystique and Notoriety are lightly won but evanescent, and they don’t do me any good anyway. I have two friends, Dorothy and Victor, but I don’t much like Victor, who reminds me indefinably of Oscar Isaac’s turn as the creepy nightclub owner in Sucker Punch, so I only ever talk to Dorothy. I thought I was heading for the secrets of Creation and wild-eyed young women in revealing robes, whereas in fact my life is spent anxiously watching multiple clocks tick down and hoping nothing breaks.

But… if I quit now, I’ll never finish my translation of De Horis, and I really do want to see what it’s about. I pass up the opportunity. It takes ten full seconds for me to realise that this is the first genuinely cultist thing I’ve done so far.

My translation yields a Correspondence sigil [not, in fact, a Correspondence sigil – Ed.], which is enormously exciting, because the Correspondence is my favourite thing about FL and I’ve often pined for some way of learning and using it in-game. Throughout Cultist Simulator I’ve been trying to figure out how to exploit the icons that appear when you select certain actions – the Heart, the Moth, et al. – and this feels like I might be moving in the right direction. Hungry for knowledge, I divert another Funds towards Morland. This is a serious mistake. I get a book of poetry, useless without Glimmerings, which in my case I have not got; worse still, I somehow miscount my available resources and end up finishing a Time cycle with no Funds left in hand. This triggers the Starvation token. I form the impression that I’m supposed to get rid of this by spending Health, but in fact it eats my Health and leaves me with An Affliction, and Time is going to Pass again before my current shift at Glover & Glover ends. Things have gone completely pear-shaped, I’m suddenly staring down the barrel of ruination, and my wife has fallen asleep. With some regret, I quit the game. Next time I won’t mess around with manual labour and the risk of Injury, I’ll just get straight on the ladder at G&G, and I’ll be more careful about book-buying, and we’ll see how that goes…