I read tarot once for a friend called Rachel and it was basically ‘you will die alone and sad with a broken heart forever’.

[ The following is an extract from an article Alexis wrote decades ago, in 1996, for British roleplaying magazine Valkyrie. It’s juvenilia, and some bits make him wince – but it’s an insight into his early style and fiction which later became Fallen London, Sunless Sea and Cultist Simulator. Part 1 here! ] “…when they […]

The Sibyl’s Leaves: Playing Cards for Divination, Fortune-Telling and Augury is now available in the shop! Also, a smidge of cartomantic history.

As you know, holometabolous metamorphosis is one of the most ghastly things in nature.

I wonder if I and my heterosexual feminist principles are a blocker for good business decisions.

Be there or beware! Of… being attacked in a pleasant coastal village by your vengeful nemesis.

There’s a definite drive towards narrative excellence in our industry, but it’s the stories that have faith in their players’ intelligence – the stories that want you to connect the dots, rather than rendering gorgeous and definitive dots for you – that really lead the pack. 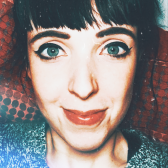